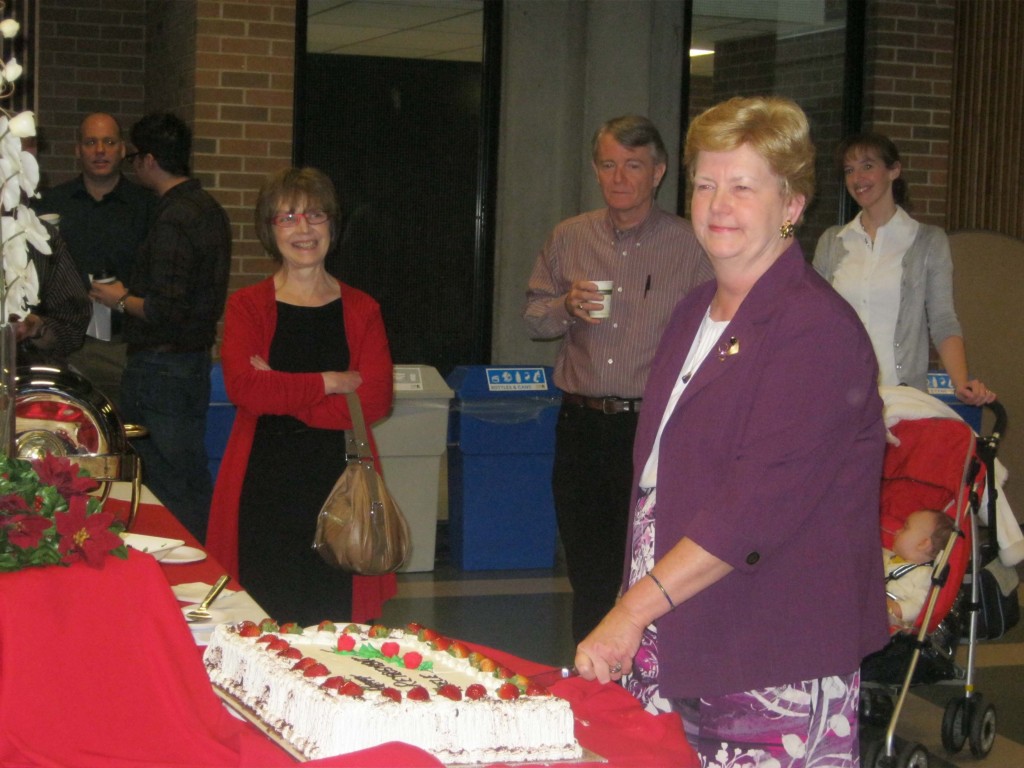 Mrs. Adele Minoli, Program Coordinator at the York University English Language Institute (YUELI) until her retirement in early 2012, passed away on July 18, 2017 after a short battle with cancer.

Adele began her career at Glendon College in 1965. Following her early years at Glendon and a number of key roles over the decades at the Keele campus, she joined YUELI in 1996.  Her retirement on January 1, 2012 marked 47 years of employment at the university.  To this day, it seems unlikely that anyone else, faculty or staff, has spent more time at the two campuses or witnessed more transitions at the university than had Adele. She walked the pathways of Keele before they became the hallways of Complex One and long before a major construction site at the centre of the campus took shape as the Ross Building. She enjoyed being part of this history and the edifice of learning that York has become.

All who worked with her spoke of the pleasure they took in their dealings with Adele.  She was full of spirit, energy and good humour, and she treated everyone with equanimity and kindness. It seemed coincidental and fitting that her maiden name was Adele Love.  She personified this characteristic in all that composed her years—love of friends, her home and cottage life, of travel and work.  This spirit was little in decline in her final days at Etobicoke General Hospital, where she remained her garrulous self, recalling verbatim humorous incidents from her York days and reflecting positively on her life. She frowned on the tears and encouraged the laughter from the many of us who had gathered at her bedside, reprimanding those who leaned toward the emotional side, saying “Oh come now, don’t you start…!”

It is this love of life and strength of spirit that Adele left to us, and which we will carry forward. These and her overall contributions to YUELI and York as a whole are best captured in long-serving YUELI Instructor Dayna Aguilera’s impressions of Adele:

“As York’s longest-serving employee, Adele would sometimes joke that she’d ‘seen it all,’ but behind the humour was a deep and abiding love for all things York, especially the people who make up the York community. The relationships she had built across campus made Adele the person you went to when you needed a job done, a call made, or a string pulled. At the same time, Adele was always the first with a birthday card, sympathy card, pep talk, or shoulder to cry on, so she took care of everyone at YUELI, both literally and figuratively. For all these things, and the invaluable lifetime of contributions she made to York, Adele will be forever missed.” 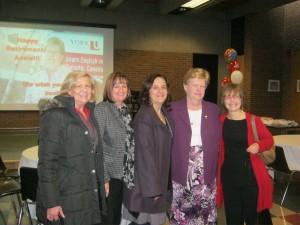 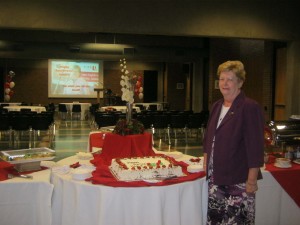 In the coming weeks, YUELI will hold a commemorative event, celebrating Adele’s life.  If you wish to attend the event, please e-mail Carmela DeAngelis at carmela@yorku.ca